Being out of the Body 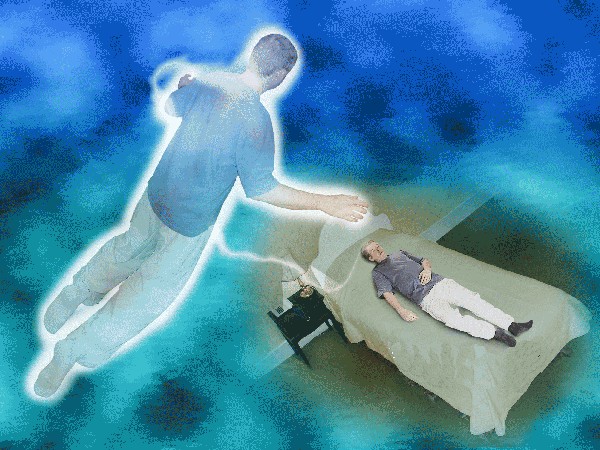 I have recently had what can only be described as a near death experience…and it has me still thinking about it.
I am wondering what your thoughts on near death experiences and being caught in the in between…or another dimension…where you are separated from your physical body…but you’re not dead.
I was in one room with my one dog and my one dog who had passed away 9 years earlier..and it was the anniversary week of my dog’s passing as well.
I would really love to hear what you feel about this subject.
Thank you so much,

I’m wondering if your experience you described in your question could be more like an OBE (Out of Body Experience) as opposed to an NDE? An NDE and OBE would feel similar in the regards that you are, in both cases, out of your physical body, but the difference being with the NDE you have actually flat-lined, but while in the OBE, your body has all of the signs of being alive, yet your consciousness/awareness is elsewhere. During an OBE, one is simultaneously aware of being in two different experiences, for example, being aware of the body one left in bed (such as astral travel) while also being aware of one’s experience of traveling and moving about without it, often into another realm while in this astral form.

I feel that your experience allowed you to experience your beloved pet who, by the way, continues on in existence, but just not in a physical form as we know it, but rather within another vibratory body. It sounds like you were able to leave your physical body to be with her on that precise astral level where her essence still exists. It’s like turning a dial on your radio and tuning into another frequency.

In all actuality, it truly sounds like a wonderful experience. Love never ends. It’s the same with the animal species and it’s the same between all sentient beings. Love is the channel that takes us to such experiences.

See how this resonates for you…

Author of: The Spirit of Alchemy: Secret Teachings of the Sacred Reunion